There are four things the Irish blame for all of the countries woes: the English, the Catholic Church, the bankers, and the demon dhrink. At Easter, all four come together to form a cocktail of happiness that the entire country looks forward to from March 19th (the day before being one the country decides collectively that they are never drinking again).

Alcohol is apparently the reason why the Irish haven’t taken over the world yet. It might be a big call from a country that still hasn’t managed to gain control of its entire island but it is quite difficult to disagree with. One of the main reasons we haven’t taken back the six counties is because of the demon dhrink. Nobody really wants the six counties back for any other reason except that they belong to us. Besides, not only is alcohol cheaper across the border but it is also one of the few places it is available on Good Friday. 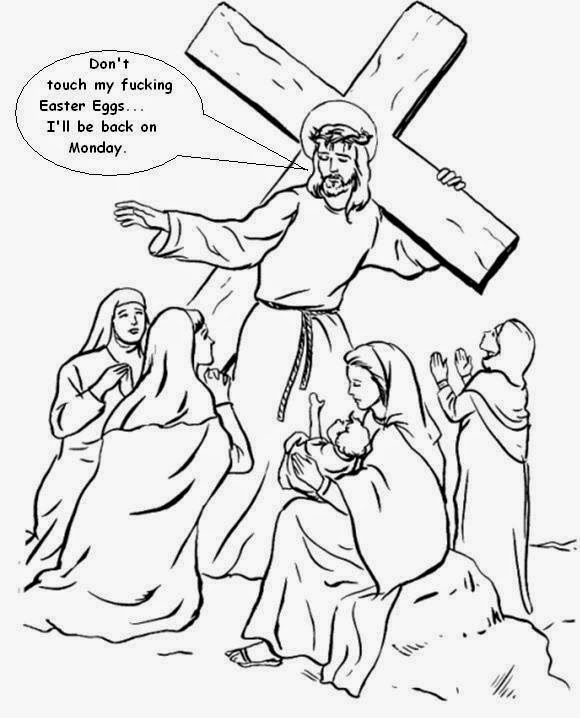 And whose fault is it that we’re not allowed drink one day a year? The fucking church who have been inflicting Catholic Guilt on the people of Ireland since we were born. Now as adults they tell us that, not only can we not drink, but we’re not allowed eat meat either. For one day a year the population of Ireland loses the plot and doesn’t know what it usually does on a Friday that doesn’t involve eating meat and drinking alcohol. People take pictures of barely concealed off-licences half-hidden behind a row of special price kitchen towel. The more blasphemous among us make a point of Instagramming a meat-based meal (No fucking fish for me, thank you very much Jesus #rebel #GreatFriday) to prove that no priest can keep us down for long. Lads send each other Snapchats of them hammering nails at the supposed time Jesus died on the cross as a middle finger (through the crucifixion wounds) to him for inflicting this day of punishment on them.

Other people have used the previous 364 days as motivation to not get caught out again, making a point of stocking up on more drink than the 12 Apostles and Mary Magdalene could possibly consume in the three days Jesus was dead, just so that they can get through one Late Late show at home with the family. Those who weren’t so pro-active and who still carry the weight of a lifetime of Catholic Guilt on their shoulders kill two birds with one stone. They know the best place they can go for a quick drink on a Good Friday is to the 3pm service to sip the blood of Jesus freshly gathered from the foot of the cross.

While we blame the English for many things (our bloody history and cricket being the main two), it is at Easter that we should be thanking them. Not only did they introduce the Bank Holiday to Ireland, originally four but as a kind of a pat on our own back we’ve slowly added five more with the eventual goal of abolishing Monday as a work day so that Tuesday (the middle-child of days) will no longer be forgotten about and will become a figure of hate and target for memes. What the English also give us on Good Friday is an alternative to watching the Late Late tonight with the Graham Norton show (of course they went and stole him from us in the first place so it’s only right that they spare us the spectacle).

Holy Saturday is the day where people begin to hatch all sorts of plans. It’s as if they’ve spent 40 days and 40 nights on top of a mountain on their hands and knees praying, when in reality they’ve managed to survive one Friday evening without drinking. It’s like when the electricity goes out. All of a sudden you are famished and the only thing that could possibly fill you is a pizza and chips. Some (the same ones that were at the stations of the cross yesterday) decide to hold off on festivities until after Holy Saturday mass that night as if the extra few hours are something significant, while others promise themselves, their parents, and anyone who listens that they’ll go to mass in the morning. It’s a lie and they know it but it’s made with the best of intentions. As you crawl into bed as the sun comes up, bringing with it a new day they crack open their Easter egg, intent on having as disgusting a taste as possible in your mouth when you wake up for dinner mid-afternoon. 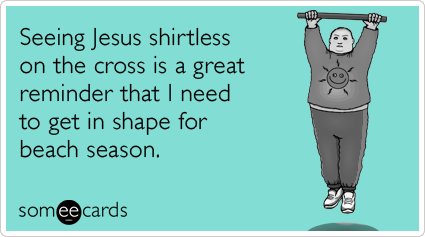 The struggle through dinner is a monumental one. Not only is this the first thing you’ve eaten since you crammed half an Easter egg into your mouth (which subsequently ended up smeared all over the pillow) but it is the last thing you will eat until well into the night tonight. This is you lining for another feast of pints that is to be had just hours from now. It is a stark hurdle for someone in your current mental state and one that you will manage to get past.

The following day is worse than the one that preceded it. There is no delicious dinner today. You don’t deserve one. You were a holy show last night. You scrape together your change from the weekend and turn it into a breakfast roll, wedges, a bag of crisps two bottles of fizzy orange. You spend the day in and out of consciousness on the couch watching whatever shite the clear-headed aul lad is watching and wish the day and Easter to just be over. Thank Christ it doesn’t come around for another year again. You wish it could be Good Friday every day. You crawl to bed far later than expected and suffer through an horrific nights sleep.

In a very Jesus like mover, you emerge from your tomb of fear, self-loathing and depression to rise again for another (short) week and ask yourself when the next Bank Holiday weekend is..